Ever wondered how the Variational Autoencoder (VAE) model works? Do you want to know how VAE is able to generate new examples similar to the dataset it was trained on?

After reading this post, you'll be equipped with the theoretical understanding of the inner workings of VAE, as well as being able to implement one yourself.

In a future post I'll provide you with a working code of a VAE trained on a dataset of handwritten digits images, and we’ll have some fun generating new digits!

VAE is a generative model - it estimates the Probability Density Function (PDF) of the training data. If such a model is trained on natural looking images, it should assign a high probability value to an image of a lion. An image of random gibberish on the other hand should be assigned a low probability value.

The VAE model can also sample examples from the learned PDF, which is the coolest part, since it’ll be able to generate new examples that look similar to the original dataset!

I'll explain the VAE using the MNIST handwritten digits dataset. The input to the model is an image in $\mathbb{R}^{28×28}$. The model should estimate a high probability value if the input looks like a digit.

The challenge of modeling images¶

In digit images there are clear dependencies between pixels. If you look at the left half of an image and see the start of a 4, you’d be very surprised to see the right half is the end of a 0. But why?...

You know every image of a digit should contain, well, a single digit. An input in $\mathbb{R}^{28×28}$ doesn’t explicitly contain that information. But it must reside somewhere... That somewhere is the latent space. 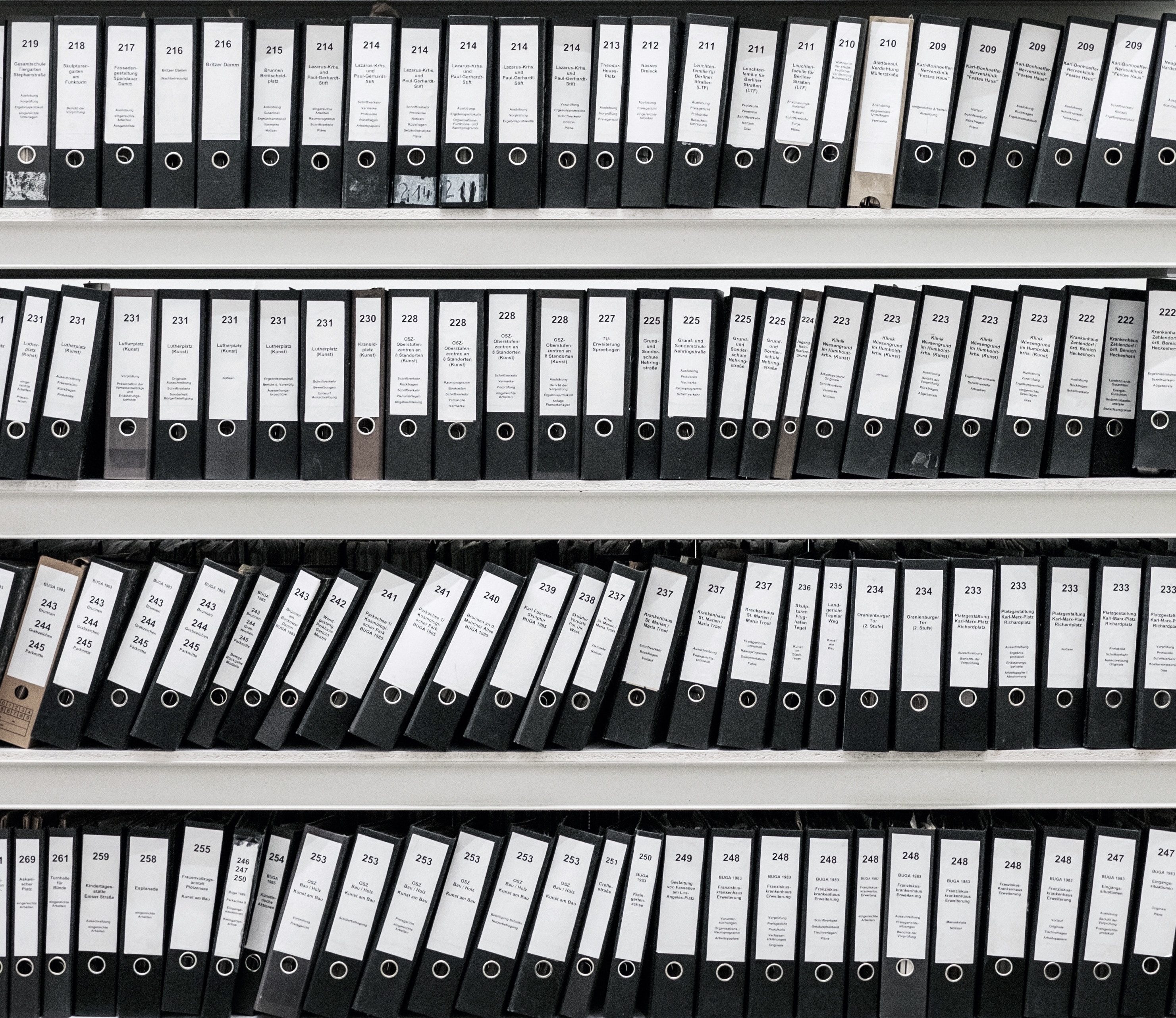 You can think of the latent space as $\mathbb{R}^{k}$ where every vector contains $k$ pieces of essential information needed to draw an image. Let’s say the first dimension contains the number represented by the digit. The second dimension can be the width. The third - the angle. And so on.

We can think of the process that generated the images as a two steps process. First the person decides - consciously or not - all the attributes of the digit he’s going to draw. Next, these decisions transform into brushstrokes.

VAE tries to model this process: given an image $x$, we want to find at least one latent vector which is able to describe it; one vector that contains the instructions to generate $x$. Formulating it using the law of total probability, we get $P(x) = \int P(x|z)P(z)dz$.

Let’s pour some intuition into the equation:

$f(z)$ will be modeled using a neural network. $\sigma$ is a hyperparameter that multiplies the identity matrix $I$.

You should keep in mind that $f$ is what we'll be using when generating new images using a trained model. Imposing a Gaussian distribution serves for training purposes only. If we'd use a Dirac delta function (i.e. $x = f(z)$ deterministically), we wouldn't be able to train the model using gradient descent!

The wonders of latent space¶

There are two big problems with the latent space approach:

Deep learning to the rescue¶

It turns out every distribution can be generated by applying a sufficiently complicated function over a standard multivariate Gaussian.

Hence, we'll choose $P(z)$ to be a standard multivariate Gaussian. $f$, being modeled by a neural network, can thus be broken to two phases:

So how do we train this beast?¶

The formula for $P(x)$ is intractable, so we’ll approximate it using Monte Carlo method:

Great! So we just sample a bunch of $z$’s and let the backpropagation party begin!

Unfortunately, since $x$ has high dimensionality, many samples are needed to get a reasonable approximation. I mean, if you sample $z$'s, what are the chances you’ll end up with an image that looks anything to do with x? This, by the way, explains why $P(x|z)$ must assign a positive probability value to any possible image, or otherwise the model won’t be able to learn: a sampled $z$ will result with an image that is almost surely different from $x$, and if the probability will be 0 the gradients won’t propagate.

So how do we solve this mess? 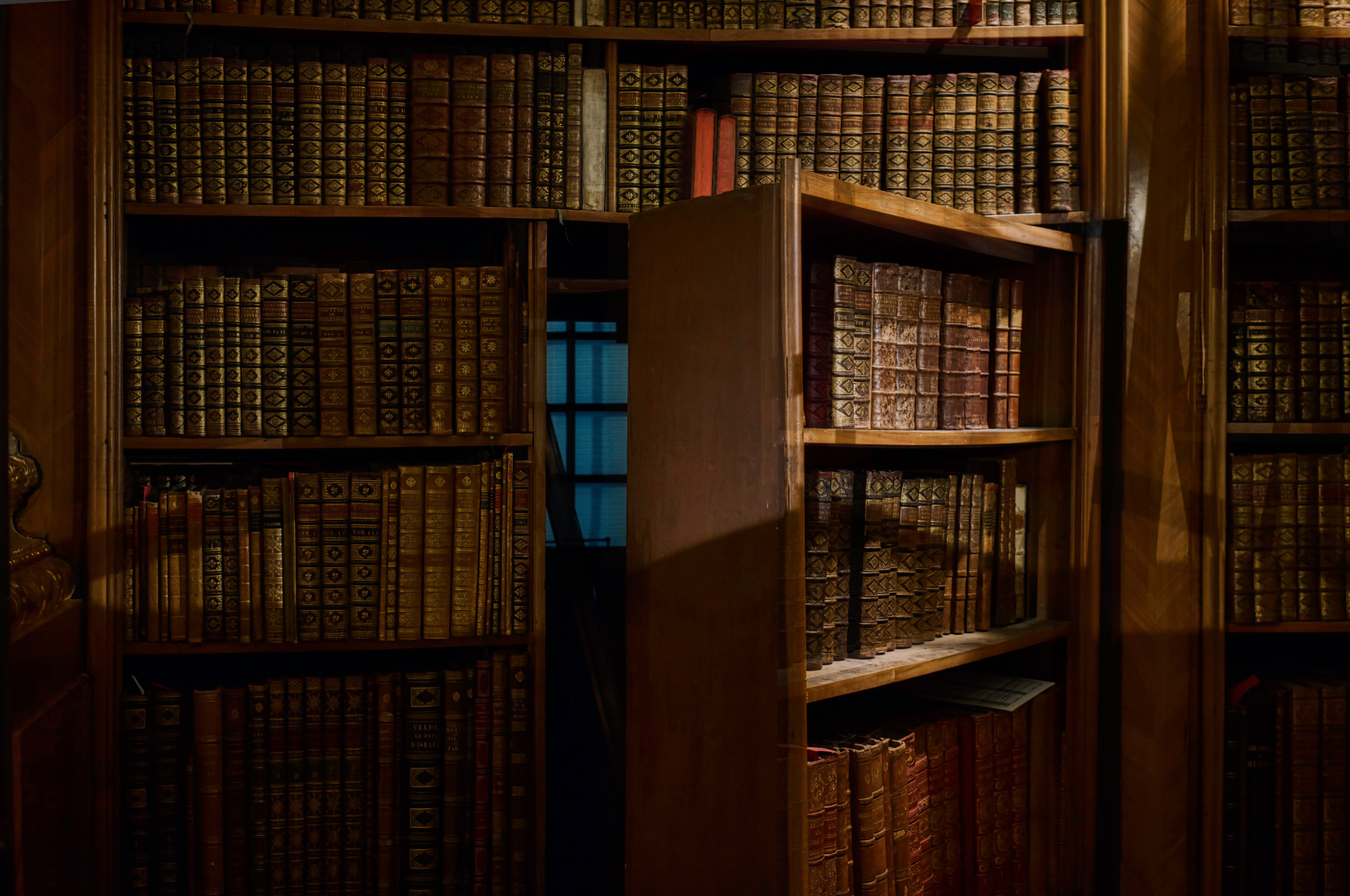 Most sampled $z$’s won’t contribute anything to $P(x)$ - they’ll be too off. If only we could know in advance where to sample from...

We can introduce $Q(z|x)$. $Q$ will be trained to give high probability values to $z$’s that are likely to have generated $x$. Now we can calculate the Monte Carlo estimation using much fewer samples from $Q$.

Variational Inference is a topic for a post of its own, so I won’t elaborate here. All I’ll say is that the two do relate via this equation:

$\mathcal{KL}$ is the Kullback–Leibler divergence, which intuitively measures how similar two distributions are.

In a moment you'll see how we can maximize the right side of the equation. By doing so, the left side will also be maximized:

The intuition behind the right side of the equation is that we have a tension:

Minimizing the KL divergence is easy given the right choice of distributions. We’ll model $Q(z|x)$ as a neural network whose output is the parameters of a multivariate Gaussian:

The KL divergence then becomes analytically solvable, which is great for us (and the gradients).

The decoder part is a bit trickier. Naively, we’d tackle the fact it’s intractable by using Monte Carlo. But sampling $z$’s from $Q$ won’t allow the gradients to propagate through $Q$, because sampling is not a differentiable operation. This is problematic, since the weights of the layers that output $\Sigma_Q$ and $\mu_Q$ won’t be updated.

We can substitute $Q$ with a deterministic parameterized transformation of a parameterless random variable:

The result will have a distribution equal to $Q$. Now the sampling operation will be from the standard Gaussian. Hence, the gradients will be able to propagate through $\Sigma_Q$ and $\mu_Q$, since these are deterministic paths now.

The result? The model will be able to learn how to adjust $Q$’s parameters: it’ll concentrate around good $z$’s that are able to produce $x$.

The VAE model can be hard to grasp. We covered a lot of material here, and it can be overwhelming.

So let me summarize all the steps one needs to grasp in order to implement VAE. 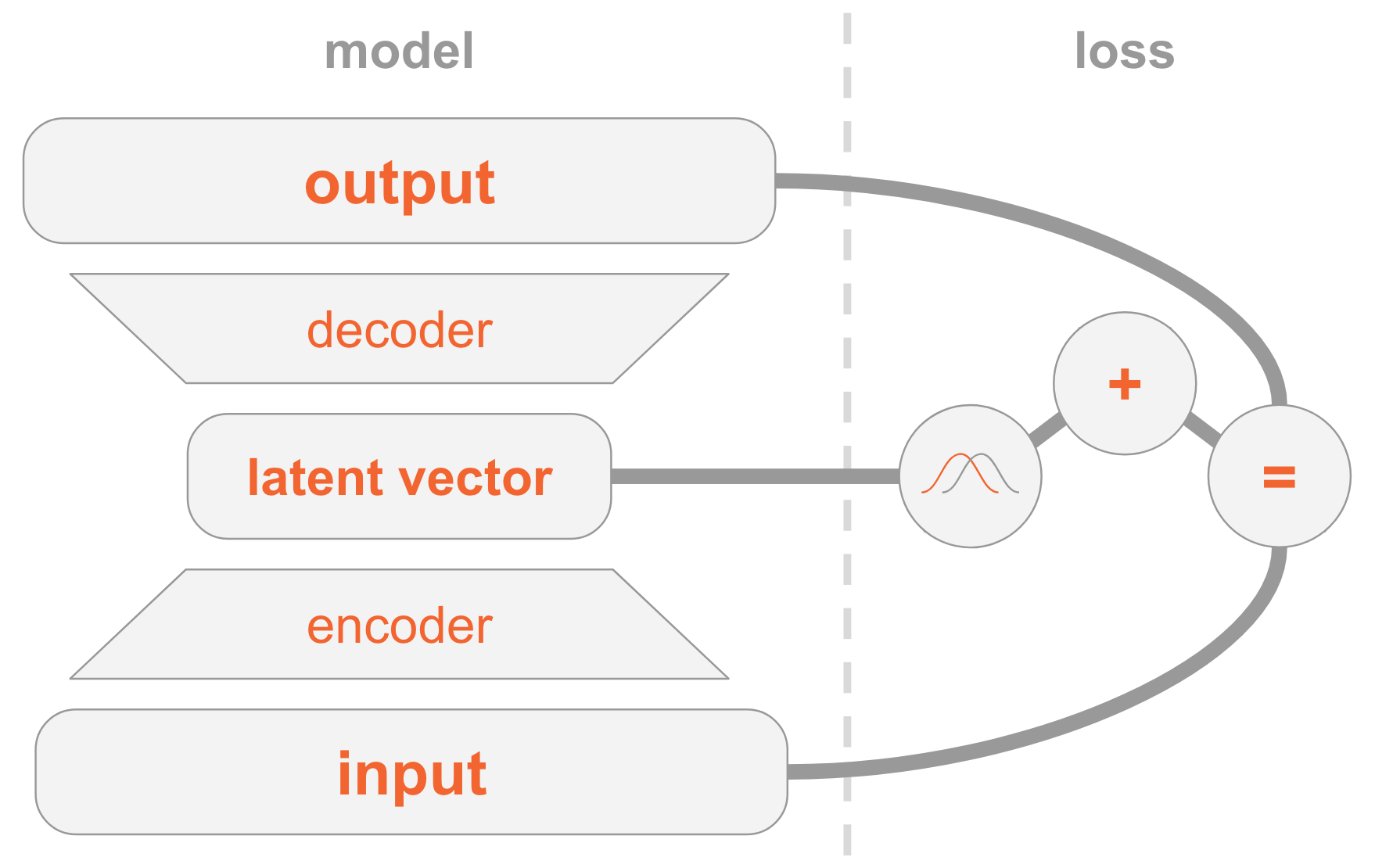 On the left side we have the model definition:

On the right side we have the loss:

In order to generate new images, you can directly sample a latent vector from the prior distribution, and decode it into an image.

In the next post I'll provide you with a working code of a VAE. Additionally, I'll show you how you can use a neat trick to condition the latent vector such that you can decide which digit you want to generate an image for. So stay tuned :)

This post is based on my intuition and these sources:

Zooming Past the Competition

How to create an Augmented Reality app that allows a user to get content recommendations.

Uncertainty for CTR Prediction: One Model to Clarify Them All

Learn how to handle uncertainty in recommender systems in a principled way using one...